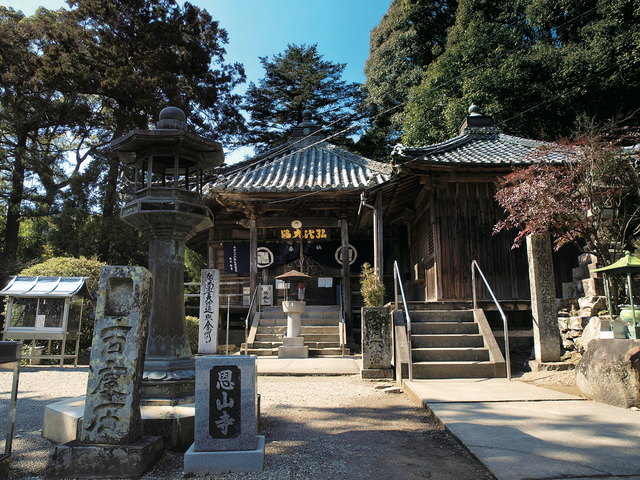 Temple number 18 of Shikoku’s 88 temple pilgrimage. Onzanji is well known as a temple where people can buy amulets. The area behind the temple is considered a good place for viewing natural scenery and includes a viewing platform. In the past, women were not allowed to enter the temple. Kōbō Daishi lifted the ban and accompanied his mother to the temple which he renamed Bōyōzan Onzanji. By the temple’s main gate is a Cherry Laurel tree (Biranju/Bakuchinoki) which has been designated as a prefectural natural monument. 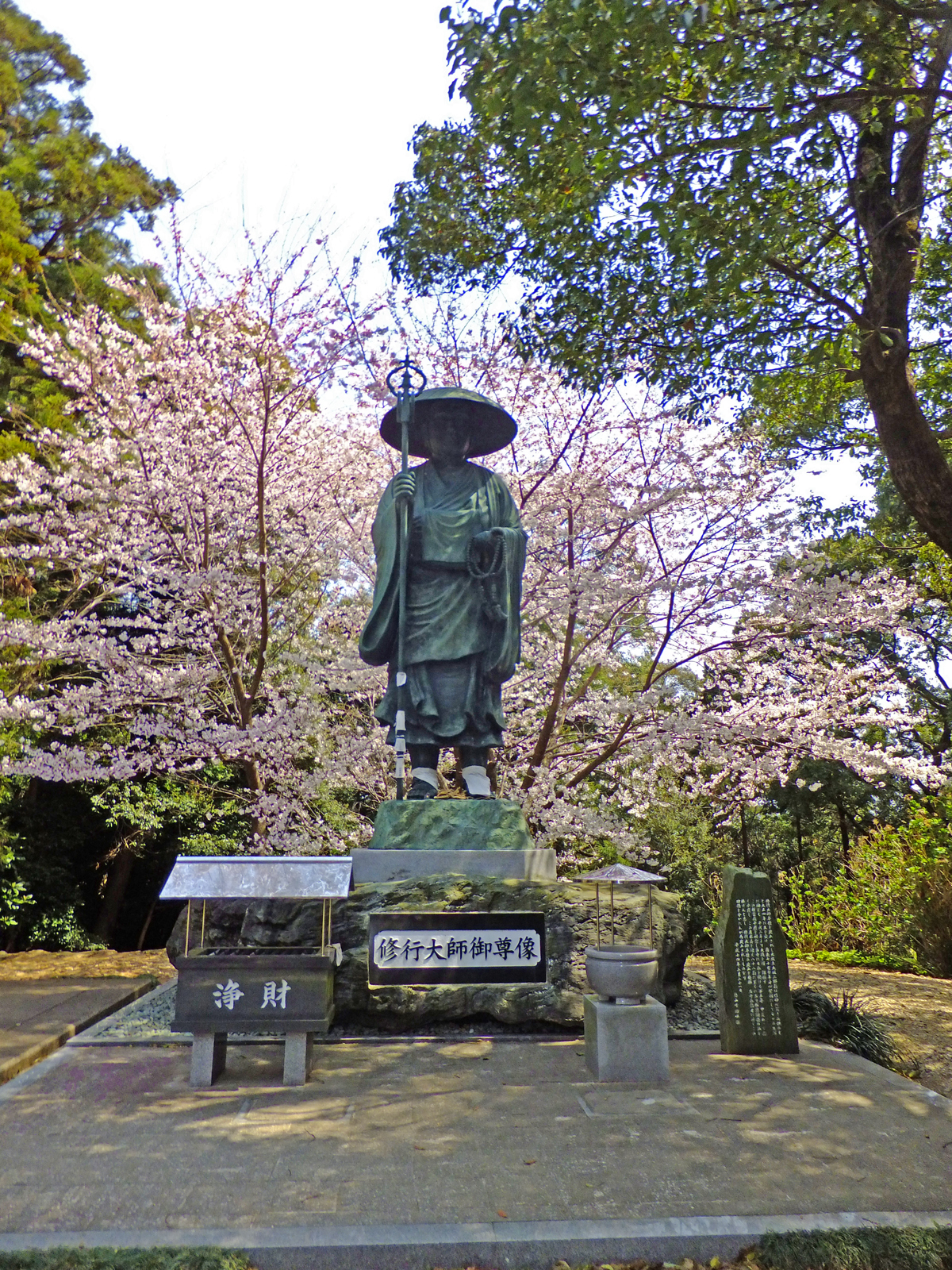 On a summer day, a poor monk on a journey asked for a drink of water at a nearby farmhouse. The master of the house refused with a lie, saying, “The water from the local well is salty and undrinkable”. The monk left and the master went to drink water from the well. He found that instead of the delicious water he was expecting, the water had become salty. Henceforth the water from that area became undrinkable. The monk was Kōbō Daishi. Several years later, Kōbō Daishi visited the area again, and finding the people deeply troubled, had compassion on them. With a strong strike of his walking stick, a fountain of fresh water burst from the ground. From that time on, the people had no problems with the water. They were deeply grateful to Kōbō Daishi and promised to use the well carefully. The well is still present in Komatsushima today. 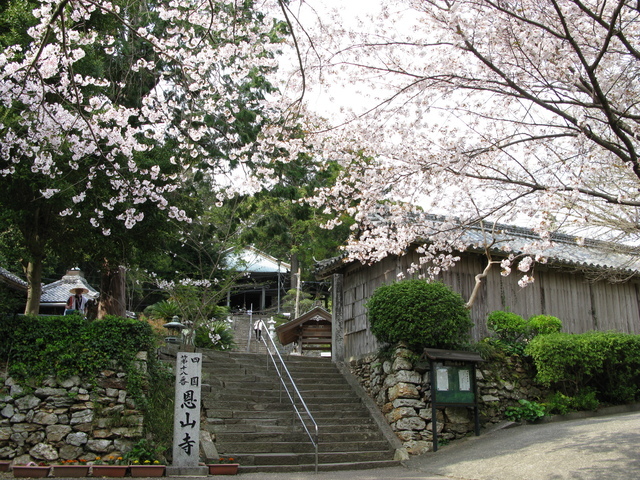